Orkney’s second largest island, Hoy, covers an area of around 55sq miles, and is almost another world, in comparison to Orkney’s generally flat, sweeping landscape.

Hoy’s heathery moorlands and stunning coastal cliffs are unique in the area, and the island is subsequently a favourite choice for locals seeking a short break.

Another towering feature is perhaps Orkney’s most iconic landmark, the Old Man of Hoy. You may first catch a glimpse of this 137ft sea stack on your way into the islands, depending on your choice of ferry.

From Hoy, a viewing of the Old Man is accessible on foot from Rackwick Bay, one of the most beautiful, unspoilt corners of Orkney.

Britain’s most northerly native woodland can also be found in Hoy, and provides a picture of the landscape dating back to 5,000 BC.

You may come across the rare Scottish primrose (Primula scotica) at the Scottish Wildlife Trust Reserve of Hill of White Hammars and, if you are looking for historical sites, there are plenty on the island.

The Dwarfie Stane is Britain’s only rock-cut tomb, dated about 3,000 BC, and the sheltered bay of Osmundwall was a favourite Viking anchorage, and is now home to the Longhope Lifeboat Memorial, in memory of the 1969 disaster in which all hands were lost.

The Martello Towers and Longhope Battery date back to the Napoleonic Wars, while the Scapa Flow Visitor Centre provides a record of the part Hoy and Walls played in the world wars.

Visit the lonely grave of Betty Corrigall on the parish boundary, or take a trip to the Longhope Lifeboat Station Museum at Brims, which commemorates the 500+ lives saved by its crew.

Boasting one of the most spectacular 360-degree panoramic views in the UK, Flotta takes in the expanse of Scapa Flow, the hills of the Mainland, Burray and South Ronaldsay, and the Pentland Firth, with mainland Scotland in the distance.

The island is well known for it’s prominent role in wartime history, and for the oil terminal which was built there in the 1970s.

Flotta was transformed from a quiet farming community to a bustling hub of activity in the wartime, acting as a strategic base in both world wars. From 1914 to 1918, the island was flooded with navy personnel, and again in 1939.

With the end of the wars, the island’s population began to decline, but the new oil terminal breathed new life into the community.

The towering gas flare is one of the most prominent features in Flotta, and marks the location of the terminal on the island’s north side.

But there is much more to the island than the oil terminal.

At 2,000 acres, Flotta is small enough to be explored on foot or by bike. Wildlife, flora and fauna thrive in this peaceful, small island, and there are rock stacks and blowholes to be found along the coastline.

Parts of Graemsay are completely unspoiled, creating a haven for wildlife and fauna.

Imagine a traffic-free environment, where you can literally escape the modern world.

Lying between Stromness and the North End of Hoy, “Orkney’s Green Isle”, Graemsay, can be reached by the passenger ferries from both locations.

Explore the coral and sandy beaches at Sandside, and enjoy fantastic views across Scapa Flow.

The island’s two lighthouses, Hoy High and Hoy Low, were built and designed by Alan Stevenson of the famous lighthouse engineering family.

With a population of just over 20, Graemsay’s children travel to school to attend classes in Stromness, and there are no shops, besides the post office.

Graemsay really does offer the visitor a true impression of remote island life — and, if you are extremely lucky, you may be offered a cup of tea from the Hoy High and Hoy Low lighthouse-keepers! 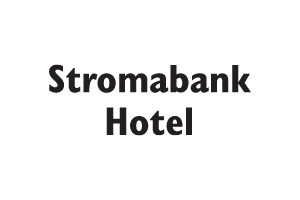