Linked to the Mainland by causeways known as the Churchill Barriers, the South Isles — South Ronaldsay, Burray, Glimpsholm and Lambholm — are home to many treasures worth exploring.

The four barriers were built during the Second World War, to protect the fleet anchorage in Scapa Flow. This extraordinary engineering project at the hands of the Italian prisoners allows easy access to Orkney’s southernmost isles.

But the barriers are not the only legacy left by Camp 60’s inhabitants. On the north side of Lambholm lies the Italian Chapel — one of Orkney’s most visited sites.

The chapel was built around Nissen huts, which were encased in plasterboard and concrete. The end result is a stunning work of art, which is beautifully and intricately painted on the interior.

The chapel also serves as a remarkable example of how faith can survive in the adversity of war, and it stands today as a symbol of peace and reconciliation after those years of conflict in World War Two.

St Margaret’s Hope — Orkney’s third largest town — is where many first arrive in Orkney by ferry, from Gill’s Bay in Caithness.

Every year in August, the area hosts the Festival of the Horse and Boys’ Ploughing Match — an event which is believed to be unique to Orkney.

The festival, at Sands of Wright, dates back to at least the early 19th century. The “horses” — children dressed in decorated costumes — represent the old ploughing horses of days gone by, and the outfits are often passed down from generation to generation, as are the ploughs.

The Orkney Fossil and Heritage Centre in Burray has also long been a popular place to visit, for both local residents and tourists alike.

Another of Orkney’s most popular visitor attractions is the Isbister chambered cairn, known as the Tomb of the Eagles.

The cairn was uncovered by a local farmer, Ronald Simison, on his land on the south-eastern tip of the island of South Ronaldsay, in 1958.

Built around 3000BC, the Tomb of the Eagles is divided into three stalls by upright flagstone slabs.

Human remains lay throughout the tomb but, as is typical in the Neolithic chambered tombs, these were not complete skeletons but a selection of bones that had been mixed together into a communal “bone pile,” before being laid out in the tomb.

In total, over 16,000 assorted bones were found inside the Isbister cairn — remains that had belonged to at least 342 individuals. Human skulls lined the walls, and beside each skull was a pile of other bones.

As well as the human and eagle bones, the Isbister excavation recovered huge quantities of animal and fish bone.

Almost 641 sea-eagle bones, the remains of at least eight birds, were found inside the Isbister cairn, and earned the site its nickname — the Tomb of the Eagles. 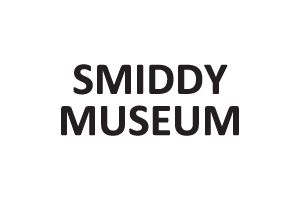